The BSHM has appointed two HiMEd Lecturers for 2023–23: Michael Barany and Ciarán Mac an Bhaird. 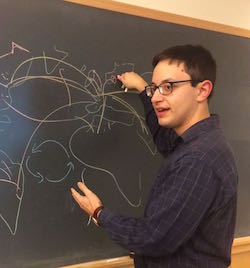 Michael J. Barany grew up in a family of scientists in Minnesota, USA, where he learned to love both mathematics and its communities and cultures. This latter side eventually took precedence for his research and career, currently as a lecturer in the history of science at the University of Edinburgh, where he works on topics including globalization and communication in modern mathematics. He believes history of mathematics, like mathematics itself, is best when engaged with today’s society and culture: he regularly writes for public audiences and uses history to contribute to debates about algorithms in society, racism and sexism in the mathematics profession, and other topical challenges.

With the HiMEd Award, Barany plans to deliver workshops and resources on themes including:

These will be most suitable for middle-grade and secondary school student and teacher audiences. Please be in touch via M.Barany@ed.ac.uk about these or any other ideas for engaging the history of mathematics in your school. 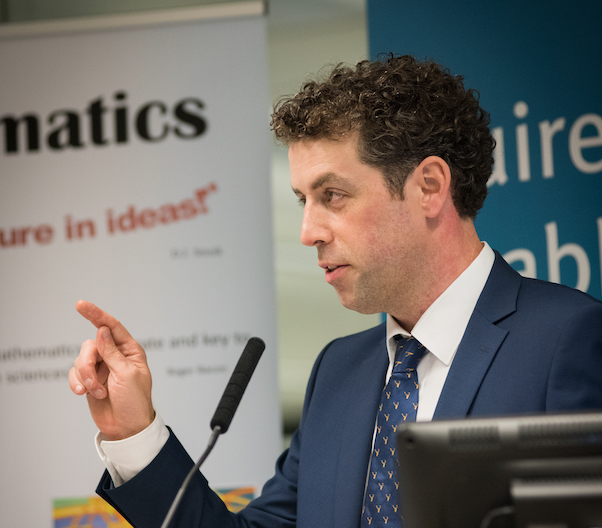 Ciarán Mac an Bhaird grew up on a small farm in Co. Monaghan, close to the border with Northern Ireland. He completed his undergraduate degree in Nua-Ghaeilge (Irish) and Mathematics, and then his Masters and PhD in Mathematics at Maynooth University. He was appointed Manager, later Director, of the Mathematics Support Centre and Lecturer (Assistant Professor) in the Department of Mathematics and Statistics at Maynooth University in 2007. He has lectured the History of Mathematics module since 2014. He has received multiple local, national and international awards in recognition of his teaching and support of students. He was a founding committee member of the Irish Mathematics Learning Support Network; he is a Council member of the British Society for the History of Mathematics (BSHM) and Chair of the BSHM Neumann Prize Committee. Ciarán conducts research in algebraic number theory, mathematics education and the history of mathematics.

Ciarán is flexible about the mathematical topics he would cover. He usually discusses potential topics in advance with the class teacher, as he likes to get students involved in his classes. Thus, Ciarán adjusts the topic covered depending on students' mathematical level and skills.

To date Ciarán has given over 50 talks for students from ages approximately 10 to 19. In these talks he focusses on examples from the History of Mathematics and on getting students to do calculations, figure out patterns and make discoveries. Some examples that he has used include:

The list provided is not exhaustive, and Ciarán is happy to discuss other potential topics with teachers. Get in touch on ciaran.macanbhaird@mu.ie.